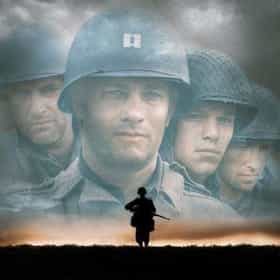 Saving Private Ryan is a 1998 American epic drama war film set during the Invasion of Normandy in World War II. Directed by Steven Spielberg and written by Robert Rodat, the film is notable for its graphic and realistic portrayal of war, and for the intensity of its opening 27 minutes, which depict the Omaha Beach assault of June 6, 1944. It follows United States Army Rangers Captain John H. Miller and a squad as they search for a paratrooper, Private First Class James Francis Ryan, who is the last-surviving brother of four servicemen. Saving Private Ryan received universal critical acclaim, winning several awards for film, cast, and crew as well as earning significant returns at the ... more on Wikipedia

Saving Private Ryan is ranked on...