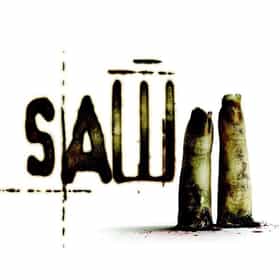 Saw II is a 2005 Canadian-American horror film, a sequel to 2004's Saw and the second installment in the seven-part Saw franchise, directed and co-written by Darren Lynn Bousman. Co-written with series creator Leigh Whannell, it stars Donnie Wahlberg, Franky G, Dina Meyer, Erik Knudsen, Shawnee Smith, and Tobin Bell. The film features Jigsaw being apprehended by the police, but trapping the arresting officer in one of his own games while showing another "game" of eight people — including the officer's son — in progress on TV monitors at another location. It also explores some of Jigsaw's backstory, providing a partial explanation of his reason for becoming Jigsaw. After the ... more on Wikipedia

The Best Saw Characters in the Whole Franchise, Ranked 5k votes Film buffs, we are ranking the greatest characters in the Saw franchise. From 2004's Saw to 2010's Saw 3D, the best Saw seri...
Behind The Scenes Of The Infamous Needle Pit Scene From 'Saw II' 43k views The Saw franchise is known for its inventive traps and dangerous devices that provide some of the most WTF moments in horror...