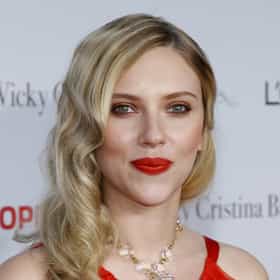 Scarlett Ingrid Johansson (; born November 22, 1984) is an American actress and singer. She is the world's highest-paid actress, has a star on the Hollywood Walk of Fame, has made multiple appearances in the Forbes Celebrity 100, and is the recipient of several awards, including a Tony Award and a British Academy Film Award. Born and raised in Manhattan, New York City, Johansson aspired to be an actress from a young age and first appeared on stage in an Off-Broadway play as a child. She made her film debut in the fantasy comedy North (1994), and gained early recognition for her roles in Manny & Lo (1996), The Horse Whisperer (1998), and Ghost World (2001). She shifted to adult ... more on Wikipedia

Scarlett Johansson is ranked on...

Scarlett Johansson is also found on...