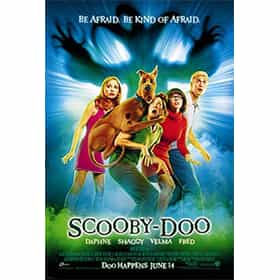 Scooby-Doo is a 2002 American comedy horror film. Based on the long-running Hanna-Barbera animated television series Scooby-Doo, the film was directed by Raja Gosnell, written by James Gunn and stars Freddie Prinze, Jr., Sarah Michelle Gellar, Linda Cardellini, Matthew Lillard and Rowan Atkinson. It is the first installment in the Scooby-Doo live-action film series. The plot revolves around Mystery Incorporated, a group of four young adults and a dog who solve mysteries. After a two-year disbandment, the group reunites to investigate a mystery on a popular horror resort. Filming took place in and around Queensland on an estimated budget of $84 million. The film was released on June 14, ... more on Wikipedia

Dark Scooby-Doo Fan Theories 94.7k votes Scooby-Doo, Where Are You! aired its first episode in 1969. Since then, the beloved show has had numerous iterations, taking...
There Was A Conspiracy To Make You Hate Scrappy-Doo, And We Can Prove It 53.7k views In 1979, Scrappy-Doo was brought on to revitalize the Scooby-Doo franchise. Before long, the charismatic Great Dane had take...
The Best Scooby Doo Quotes 240 votes No matter how old you are, chances are you've heard some of the best quotes from Scooby Doo. Or you've, at least, spent one ...
Scooby Doo Was About Dodging The Vietnam Draft, According To This Convincing Theory 1.5k views If so, he shares at least one thing in common with the US president.

Scooby-Doo is ranked on...

Scooby-Doo is also found on...