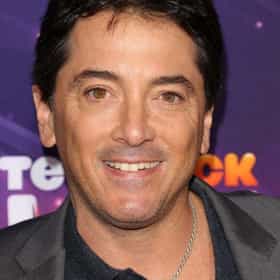 Scott Vincent James Baio (; born September 22, 1960 or 1961 (sources differ)) is an American actor and television director. He is known for his role as Chachi Arcola on the sitcom Happy Days (1977–1984) and its spin-off Joanie Loves Chachi (1982–1983), and for playing the title character on the sitcom Charles in Charge (1984–1990), Dr. Jack Stewart in the medical-mystery-drama series Diagnosis: Murder (1993–1995), and the titular hero of the musical film Bugsy Malone (1976), his onscreen debut. Baio has guest-starred on various television programs, appeared in several independent films, and starred on the Nickelodeon sitcom See Dad Run (2012–2015). ... more on Wikipedia

Scott Baio is ranked on...

#53 of 114 People who voted for Scott Baio... also upvote Back to the Future Franchise on The Most Rewatchable Movies The Greatest '80s Teen Stars 233.8k VOTES The greatest teen stars of the '80s are well-remembered on this countdown. They were everywhere; they ruled the box office;&...
#302 of 524 Annoying Celebrities Who Should Just Go Away Already 1.2M VOTES The most annoying celebrities, ranked by entertainment fans themselves. These annoying celebs are obnoxious, overexposed, ...
#20 of 25 25 Of Your Mom's Hottest Childhood Crushes 33.5k VOTES These photos of your mom's hottest childhood crushes are here as a reminder that some of today's DILFs were yesterday's hear...
#16 of 17 Which '80s Actor Or Actress Had The Most Impressive Album? 1.4k VOTES Actors have been trying their hand at singing for years. William Shatner's 1968 album The Transformed Man set...
#68 of 99 The Best Ever Howard Stern Interviews 37k VOTES The best ever Howard Stern interviews include several riveting segments featuring famous people revealing deep, dark secrets...
#28 of 46 People who voted for Scott Baio... People in the Midwest are 2x more likely to vote for this The Most Irritating Howard Stern Show Regulars 61.8k VOTES Who are the most irritating Howard Stern Show regulars? That depends: Stern fans most certainly can argue this point forever...
VH1's 100 Greatest Teen Stars 55.6k VIEWS VH1's list of the 100 greatest teenage stars and celebrities of all-time. These teenage celebrities were oftentimes involved...
Famous People Named Scott 28.9k VIEWS List of famous people named Scott, along with photos. How many celebrities named Scott can you think of? The famous Scotts b...
#27 of 32 Celebrities We Want To See On Worst Cooks In America 115 VOTES This is a list of stars we would love to see compete on Worst Cooks in America: Celebrity Edition, under the tutelage of cel...

Scott Baio is also found on...