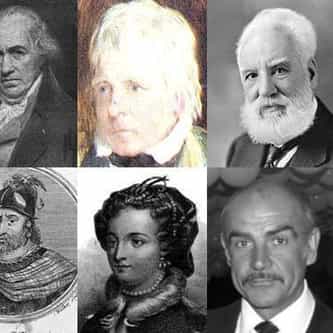 The Scottish people, or Scots, are a nation and ethnic group native to Scotland. Historically, they emerged from an amalgamation of two Celtic peoples—the Picts and Gaels—who founded the Kingdom of Scotland in the 9th century. Later, the neighbouring Cumbrian Celts, as well as Germanic Anglo-Saxons and Norse, were incorporated into the Scottish nation. In modern use, "Scottish people" or "Scots" is used to refer to anyone whose linguistic, cultural, family ancestral or ... more on Wikipedia