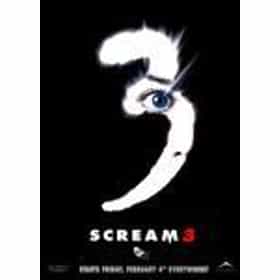 Scream 3 is a 2000 American slasher film and the third installment in the Scream franchise. Directed by Wes Craven and written by Ehren Kruger, the film stars Neve Campbell, Courteney Cox, and David Arquette, and was released on February 4, 2000. The events of the story are set three years after those of Scream 2 and follows Sidney Prescott, who has gone into self-imposed isolation following the events of the previous two films but is drawn to Hollywood after a new Ghostface begins taking out the cast of the film within a film. ... more on Wikipedia