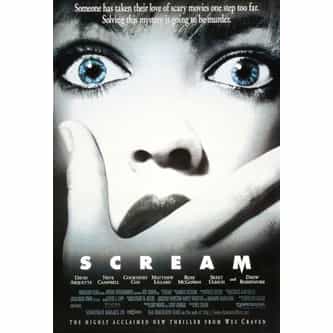 Scream is an American horror franchise created by Kevin Williamson. Starring Neve Campbell, Courteney Cox, and David Arquette, the film series has grossed over US$600 million in worldwide box-office receipts and consists, to date, of four motion pictures directed by Wes Craven. The first series entry, Scream, was released on December 20, 1996 and is currently the highest-grossing slasher film in the United States.The second entry Scream 2 was released on December 12, 1997 followed by a ... more on Wikipedia

707 votes Every Movie (and Series) in the Scream Franchise, Ranked

Scream Franchise IS LISTED ON