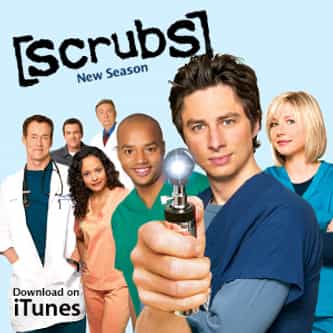 Scrubs is an American medical comedy television series created by Bill Lawrence that aired from October 2, 2001 to March 17, 2010 on NBC and later ABC. The series follows the lives of employees at the fictional Sacred Heart teaching hospital. The title is a play on surgical scrubs and a term for a low-ranking person because at the beginning of the series, most of the main characters were medical interns. The series is fast-paced, with slapstick and surreal vignettes presented mostly as the ... more on Wikipedia

2.1k votes The Best Scrubs Episodes of All Time

3.9k votes The Best Scrubs Characters of All Time

932 votes The Best Seasons of 'Scrubs'

6.2k readers The Cast Of 'Scrubs': Where Are They Now?

Scrubs IS LISTED ON