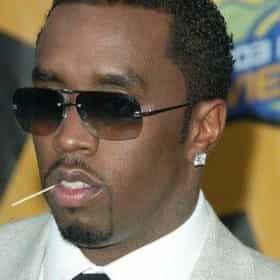 Sean John Combs (born November 4, 1969), also known by the stage names Puff Daddy, P. Diddy, Puffy or Diddy, is an American rapper, singer, songwriter, record producer, record executive, actor and entrepreneur. Combs was born in New York City but was raised in Mount Vernon, New York. He worked as a talent director at Uptown Records before founding his own record label, Bad Boy Entertainment, in 1993. Combs' debut album, No Way Out (1997) has been certified seven times platinum. No Way Out was followed by successful albums such as Forever (1999), The Saga Continues... (2001) and Press Play (2006). In 2009, Combs formed the musical group (Dirty Money (duo)) and released the critically ... more on Wikipedia

The Best Songs Feat. P. Diddy 540 votes These are the best songs featuring P. Diddy. As a solo artist, Puff Daddy has won awards (Grammy Award for Best Rap Album), ...
Things You Never Knew About Diddy 2.1k views Sean "Diddy" Combs, man of many names and many more dollars, occupies a place in pop culture few others can match....
All The Names Sean Combs Has Used Over The Years 589 votes Does a Puff Daddy by any other name smell as confusing? The list of names Sean Combs has requested we all call him over the ...

Sean Combs is ranked on...

Sean Combs is also found on...