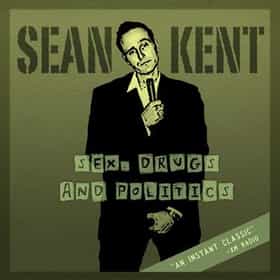 Sean Kent is a stand-up comic who stars on A&E's unscripted comedy Modern Dads. He won the 2011 San Francisco International Comedy Competition and the 2009 Seattle International Comedy Competition.Originally from Austin, Texas, Kent resided in Los Angeles during his development as a comic, moving back to his hometown in 2011 with his partner, Rachel Dory, and their two daughters. He is also known for his stand-up comedy appearances on Showtime and Nickelodeon, and as a series regular on the NBC show Last Comic Standing (seasons 1 & 3). His comedy has been critically acclaimed by Rolling Stone and XM Radio, who called his debut CD "An instant classic". ... more on Wikipedia

Sean Kent is also found on...