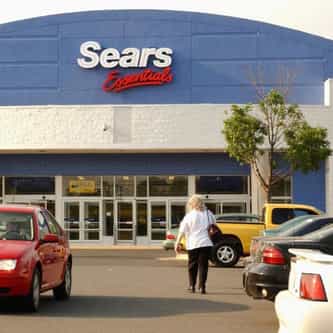 Sears Holdings Corporation is an American multinational holding company headquartered in Hoffman Estates, Illinois. It is the owner of Sears and Kmart, and was founded after the latter purchased the former in 2005. It operates 4,000 retail locations under the mastheads of Sears, Kmart, and their subsidiaries. Since 2013, the company is the 13th largest retailer by annual revenue in the United States behind Walmart, Costco, Kroger, Target, Walgreens, The Home Depot, CVS Caremark, Lowe's and ... more on Wikipedia

Sears Holdings IS LISTED ON