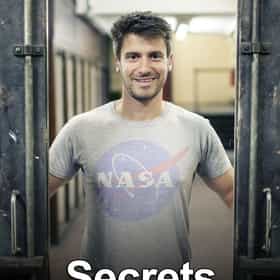 Secrets & Mysteries was a television series which originally aired in syndication from 1988 to 1989. It was hosted by acclaimed Irish actor Edward Mulhare and dealt with topics of a paranormal nature, as well as mysterious historical events. It was similar to the 1970s/1980s series In Search of.... "Secrets of the Unknown invites you into the world of the bizarre, strange, and unusual. From ninjas who are said to transform into panthers, to the peculiar myths and rituals surrounding King Tut's tomb, to Hitler's occult connections, the sinking of the Titanic, the disappearance of Amelia Earhart, Bigfoot, UFOs, ghosts, dreams and nightmares, the Hindenburg disaster, and other ... more on Wikipedia

Secrets & Mysteries is ranked on...

#18 of 21 The Best Alien Documentary Series 331 VOTES The best documentaries about aliens are here to remind you that the truth is out there. The best alien and UFO documentary s...