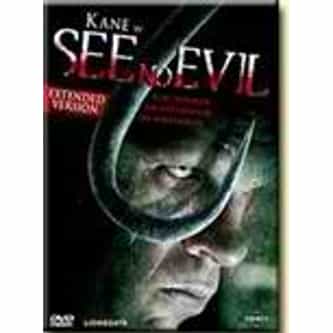 See No Evil is a 2006 slasher film directed by Gregory Dark, written by Dan Madigan, produced by Joel Simon, and starring professional wrestler Kane. It is the first major film produced by WWE Films and was released by Lions Gate Entertainment on May 19, 2006. The film went through many different working titles before the final title of See No Evil was chosen. The original working title of the film was Eye Scream Man, but was later changed to The Goodnight Man, then Goodnight before ... more on Wikipedia

See No Evil IS LISTED ON