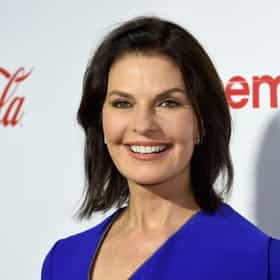 Sela Ann Ward (born July 11, 1956) is an American actress, author, and producer, best known for her roles on television beginning in the early 1980s.Her breakthrough TV role was as Teddy Reed in the NBC drama series Sisters (1991–96), for which she received her first Primetime Emmy Award for Outstanding Lead Actress in a Drama Series in 1994. She received her second Primetime Emmy Award and Golden Globe Award for Best Actress – Television Series Drama for the leading role of Lily Manning in the ABC drama series Once and Again (1999–2002). Ward later had the recurring role of Stacy Warner in the Fox medical drama House, also starred as Jo Danville in the CBS police procedural CSI: NY ... more on Wikipedia

Sela Ward is ranked on...

#410 of 3,116 People who voted for Sela Ward... People over 50 are 2x more likely to vote for this The Most Beautiful Women of All Time 132.1M VOTES Here are the most beautiful women of all time ranked not on looks alone, regardless of their talent. Thi...
#760 of 1,549 The Most Beautiful Women in the World 5.7M VOTES Naming the most beautiful women in the world is a difficult task because of how subjective it is. Beauty is a mixture of phy...
#376 of 530 The Best TV Actors of All Time 117.3k VOTES The greatest TV actors of all time. Some of these actors have been in movies, some of them are even more well known at this ...
#51 of 156 The Most Stunning Celebrity Women Over 50 734.6k VOTES It's hard to believe that some of these famous women are over 50 years old. But like the best fine wines, these ni...
#49 of 163 Beautiful Celebrity Women Aging the Most Gracefully 449.1k VOTES The beautiful celebrity women aging the most gracefully are those gorgeous celebs and actresses in their 50s and 60s whose b...
Underappreciated Celeb Hotties 99k VIEWS This list is a compilation of some of the underappreciated female celebrities. They are ranked in the same order as my full ...
Celebrities Turning 60 in 2016 1.5M VIEWS Who says Hollywood is only for the young? Tell that to the many famous stars turning 60 this year. From Tom Hanks to Randy...
Female Celebrities Who Are 5’7" 25.4k VIEWS This list contains examples of female celebs who are 5'7" loosely ranked by fame and popularity. Standing above the ave...

Sela Ward is also found on...