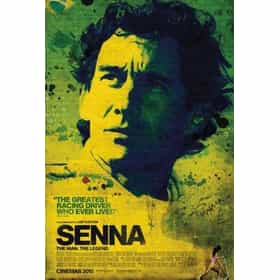 "The story of Ayrton Senna, perhaps the greatest race car driver who ever lived, is an epic tale that literally twists at every turn. In the mid 1980s, Senna, a young, gifted driver, exploded onto the world of Formula One racing. As a Brazilian in a predominantly European sport, a purist in a world polluted with backroom deals, and a man of faith in an arena filled with cynicism, Senna had to fight hard—both on and off the track. Facing titanic struggles, he conquered Formula One and became a global icon who was idolized in his home country. Told solely through the use of archival footage, Asif Kapadia’s documentary is a thrill ride worthy of its daring subject. Adrenaline will be ... more on Wikipedia

Senna is ranked on...

Senna is also found on...