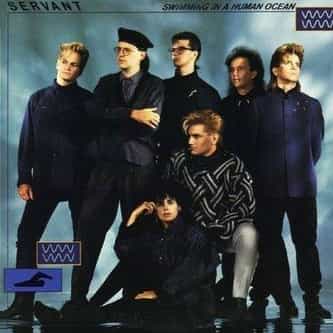 Servant was a Christian rock group that grew out of the counter-culture Jesus Movement of the sixties and seventies. The band was founded in Victoria, British Columbia in 1976 by Jim Palosaari and performed to audiences throughout North America, Europe and Australia for over 12 years. Originally named "Higher Ground", the group later changed their name to Servant. The lyrics of their songs were known for challenging the Christian church to turn back to social justice and caring ... more on Wikipedia

real world where are they now, bands with eye in the name, songs with the word georgia in them, anime with yuri undertones, gwen stefani albums, list of famous astrologers in world, songs for dogs birthday, denzel washington and wife, jlo all songs, country song about regret