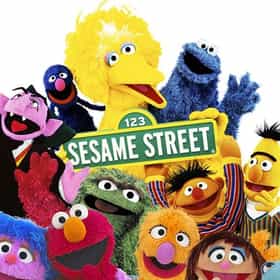 Sesame Street is a long-running American children's television series created by Joan Ganz Cooney and Lloyd Morrisett. The program is known for its educational content, and images communicated through the use of Jim Henson's Muppets, animation, short films, humor, and cultural references. The series premiered on November 10, 1969 to positive reviews, some controversy, and high ratings. The show has undergone significant changes throughout its history. The format of Sesame Street consists of a combination of commercial television production elements and techniques which have evolved to reflect the changes in American culture and the audience's viewing habits. With the creation of Sesame ... more on Wikipedia

Dark 'Sesame Street' Fan Theories 2.6k votes It might be full of sunny days and clouds sweepin' away, but there are some fan theories about Sesame Street that are super ...
Celebrities Share Their Experiences Being On ‘Sesame Street’ 1.1k views For most people who grew up in and around the United States, Sesame Street was a large part of their formative years. The va...
Bert & Ernie Are Gay (And Why That's OK) 104.9k views Ever since the debut of Sesame Street in 1969, one mystery has befuddled and bemused TV audiences around the world. That que...
12 Fascinating Facts About Sesame Street You Never Knew as a Kid 53.2k views If you have kids, grandkids, or even if you simply were a kid at one point yourself, chances are you've seen a lot of Sesame...

Sesame Street is ranked on...

Sesame Street is also found on...