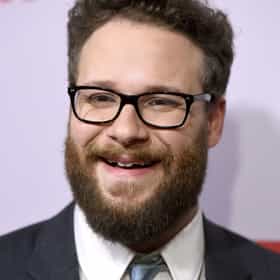 Seth Aaron Rogen (; born April 15, 1982) is a Canadian-American actor, comedian, writer, producer, and director. He began his career performing stand-up comedy during his teenage years. While still living in his native Vancouver, he landed a supporting role in Judd Apatow's series Freaks and Geeks. Shortly after he moved to Los Angeles for his role, Freaks and Geeks was officially cancelled after one season due to low viewership. Rogen later got a part on sitcom Undeclared, which also hired him as a writer. After landing his job as a staff writer on the final season of Da Ali G Show, Apatow guided him toward a film career. As a staff writer, he was nominated for a Primetime Emmy Award ... more on Wikipedia

Mila Kunis
32 Funny Seth Rogen Tweets That Remind Us Why He's One Of The Most Relatable Celebrities Ever 2.1k votes From Freaks & Geeks to Knocked Up, Seth Rogen has always made us laugh. But his Twitter is true, unfiltered comedic gold...
The Best Seth Rogen Movies 9.8k votes This list of the best Seth Rogen movies is ranked best to worst and includes movie trailers when available. Fans will also e...
Surprising Things Seth Rogen Revealed About Himself On You Made It Weird 290 votes If you enjoy loud, bombastic laughs and down-to-earth honesty, then you absolutely must check out the Seth Rogen interview o...
Seth Rogen's Best Movie & TV Characters 580 votes Get ready for some laughs as we rank Seth Rogen’s all-time greatest characters. The Canadian-American actor landed his first...
The Greatest Seth Rogen Quotes About Weed 60.6k views As if it was not apparent from his many stoner roles in films like The 40-Year-Old Virgin, Knocked Up and Pineapple Express,...

Seth Rogen is ranked on...

Seth Rogen is also found on...