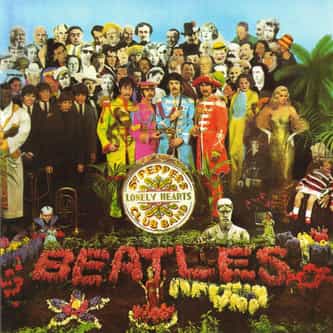 Sgt. Pepper's Lonely Hearts Club Band is the eighth studio album by the English rock band the Beatles. Released on 1 June 1967, it was an immediate commercial and critical success, spending 27 weeks at the top of the albums chart in the United Kingdom and 15 weeks at number one in the United States. Time magazine declared it "a historic departure in the progress of music" and the New Statesman praised its elevation of pop to the level of fine art. It won four Grammy Awards in ... more on Wikipedia

to the left to the left country song, bad rap or bad rep, nba top 10 flops, good pranks to pull on your brother and his friends, fire song 60s, manowar albums best to worst, songs with Spirit in the title, clemson starting quarterback, songs with ages in the lyrics, Penn State football roster