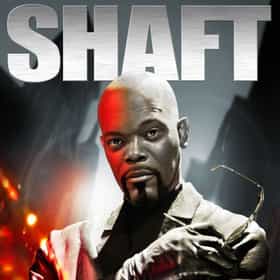 Shaft is a 2000 American action-thriller film directed by John Singleton, and starring Samuel L. Jackson, Jeffrey Wright, Christian Bale, Toni Collette, Busta Rhymes, Vanessa L. Williams, and Mekhi Phifer. This film is not a remake of the 1971 film of the same name, but rather a sequel, therefore it is the fourth and final installment of the original series. An actual reboot was announced in February 2015. Jackson's John Shaft character is the nephew of the original John Shaft. The film received mainly positive reviews and opened at the number one position at the box office when it debuted June 16, 2000. ... more on Wikipedia

Shaft is ranked on...

Shaft is also found on...