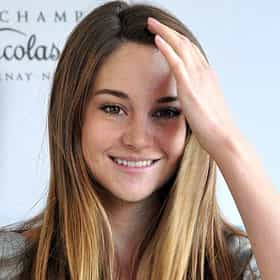 Shailene Diann Woodley (born November 15, 1991) is an American actress and activist. Brought up in Simi Valley, California, Woodley began modeling at the age of 4 and began acting professionally in minor television roles. She gained prominence for her starring role as Amy Juergens in the ABC Family drama series The Secret Life of the American Teenager (2008–2013). Woodley made her film debut in Alexander Payne's comedy-drama The Descendants (2011) and went on to star in the coming-of-age film The Spectacular Now (2013). For the former, she received a nomination for the Golden Globe Award for Best Supporting Actress – Motion Picture and the latter won her the Sundance Film Festival ... more on Wikipedia

Shailene Woodley Is Hollywood's Quirkiest Oddball And She's Completely Owning It 1.2k votes It won’t come as a surprise to anyone to say that Hollywood has its fair share of oddballs. Some of them are a bit too stran...
Shailene Woodley Loves And Hookups 30.6k views Who is Shailene Woodley dating? Many famous men and women have dated Shailene Woodley, and this list will give you more deta...

Shailene Woodley is ranked on...

Shailene Woodley is also found on...