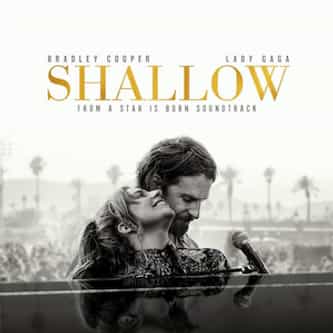 Albums
A Star Is Born

"Shallow" is a song from the 2018 film A Star Is Born, performed by Lady Gaga and Bradley Cooper, written by Gaga with Mark Ronson, Anthony Rossomando, and Andrew Wyatt, and produced by Gaga with Benjamin Rice. It is heard three times in the film, most prominently during a sequence when Cooper's character Jackson Maine invites Gaga's character Ally to perform it onstage with him. The scene was filmed in front of a live audience at the Greek Theater in Los Angeles. It received ... more on Wikipedia

100 votes The Best Performances of "Shallow"

Shallow (Song) IS LISTED ON