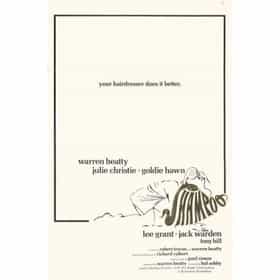 Shampoo is a 1975 American satirical romantic comedy-drama film written by Robert Towne and directed by Hal Ashby. It stars Warren Beatty, Julie Christie and Goldie Hawn, with Lee Grant, Jack Warden, Tony Bill and in an early film appearance, Carrie Fisher. The film is set on Election Day 1968, the day Richard Nixon was first elected as President of the United States, and was released soon after the Watergate scandal had reached its conclusion. The political atmosphere provides a source of dramatic irony, since the audience, but not the characters, are aware of the direction the Nixon presidency would eventually take. ... more on Wikipedia

Shampoo is ranked on...

Shampoo is also found on...