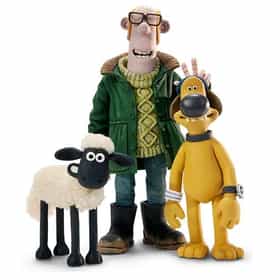 Shaun the Sheep is a British stop-motion animated television series, a spin-off of the Wallace and Gromit franchise. The series stars Shaun, a sheep previously featured in the 1995 short film A Close Shave and in the Shopper 13 episode from the 2002 Wallace and Gromit's Cracking Contraptions series, and his madcap adventures around a small farm as the leader of his flock. Having first aired in the UK on CBBC in March 2007 and broadcast in 180 countries globally, the series currently consists of 130 seven-minute episodes and is in its fourth volume. The series inspired its own spin-off, Timmy Time, which follows the adventures of Shaun's small cousin and is aimed at younger viewers. A ... more on Wikipedia

Shaun the Sheep is ranked on...

Shaun the Sheep is also found on...