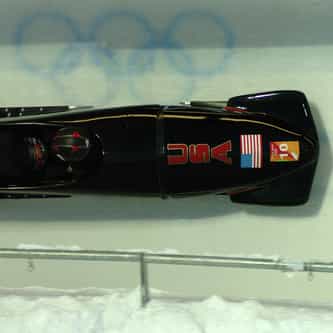 Shauna L. Rohbock (born April 4, 1977) is a soldier in the U.S. Army National Guard, an Olympic medal-winning bobsledder, and former professional soccer player. After retiring from competitions she worked as a bobsled coach at the Utah Olympic Park.Rohbock was raised in Orem, Utah, and is a graduate of Orem's Mountain View High School and Brigham Young University, where she studied recreation management. In 2000 she joined the Utah Army National Guard and became a member of the National ... more on Wikipedia

Shauna Rohbock IS LISTED ON