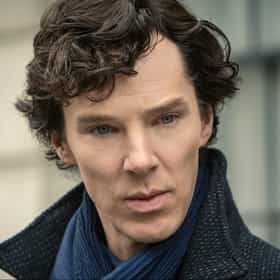 Sherlock Holmes is a fictional private detective created by British author Sir Arthur Conan Doyle. Referring to himself as a "consulting detective" in the stories, Holmes is known for his proficiency with observation, forensic science, and logical reasoning that borders on the fantastic, which he employs when investigating cases for a wide variety of clients, including Scotland Yard. First appearing in print in 1887's A Study in Scarlet, the character's popularity became widespread with the first series of short stories in The Strand Magazine, beginning with "A Scandal in Bohemia" in 1891; additional tales appeared from then until 1927, eventually totalling four ... more on Wikipedia

Every Sherlock Holmes Story, Ranked Best to Worst 4.3k votes Benedict Cumberbatch and Robert Downey Jr. have played the British detective - and his persona inspired television character...
What to Watch If You Love 'Sherlock' 852 votes Sherlock is a gripping action/mystery that garnered the love and affection of hordes of fans, but if you’ve finished watchin...
Mr. Holmes Movie Quotes 33 votes Mr. Holmes movie quotes bring the classic character of Sherlock Holmes back to theaters for a look at his life in retirement...
The Best Actors Who Played Sherlock, Ranked 103 votes Sherlock Holmes is always on the case, but which of these actors played him best? As one of the biggest literary characters ...

Sherlock Holmes is ranked on...

Sherlock Holmes is also found on...