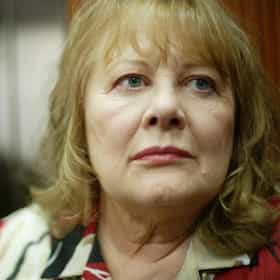 Shirley Knight Hopkins (born July 5, 1936) is an American actress who has appeared in more than 50 feature films, made-for-television movies, television series, and Broadway and Off-Broadway productions in her career playing leading and character roles. She is a member of the Actors Studio. Knight has been nominated twice for the Academy Award for Best Supporting Actress, for The Dark at the Top of the Stairs (1960) and Sweet Bird of Youth (1962). In the 1960s, she had leading roles in a number of Hollywood movies such as The Couch (1962), House of Women (1962), The Group (1966), The Counterfeit Killer (1968), and The Rain People (1969). She also received Volpi Cup for Best Actress for ... more on Wikipedia

Shirley Knight is ranked on...

#646 of 938 The Best Actresses in Film History 1.1M VOTES The best actresses ever are ranked here in this list of the best actresses in film history. These are the greatest actresses...
Famous People Named Shirley 15.4k VIEWS List of famous people named Shirley, along with photos. How many celebrities named Shirley can you think of? The famous Shir...
Famous People Whose Last Name Is Knight 5.3k VIEWS Being a fairly common name, it's no surprise there are a lot of famous people with the last name Knight. Do you recognize al...

Shirley Knight is also found on...