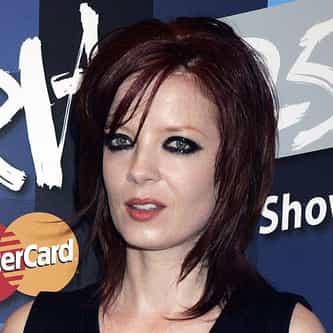 Credits
Garbage
Love & Other Drugs
Remember Me
In Her Shoes

Shirley Ann Manson (born 26 August 1966) is a Scottish singer, songwriter and musician. She is the lead singer of the alternative rock band Garbage. For much of her international career, Manson commuted between her home city of Edinburgh and the United States to record with Garbage; she now lives and works in Los Angeles. Manson gained media attention for her forthright style, rebellious attitude, and distinctive voice.Manson's musical career began in her teens when she was approached to ... more on Wikipedia

Shirley Manson IS LISTED ON