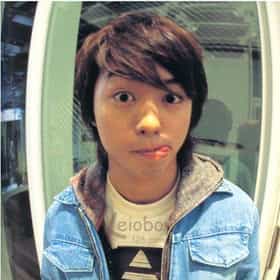 Sho Sakurai (櫻井 翔, Sakurai Shō) (born January 25, 1982) is a Japanese singer, songwriter, rapper, actor, newscaster, host and former radio host. He is a member of the boy band Arashi. Sakurai began his career in the entertainment industry when he joined the Japanese talent agency Johnny & Associates in 1995 at the age of 13. About seven years after his debut as a singer with Arashi in 1999, he became a newscaster in 2006, appearing in the news program News Zero every Monday. In 2008, he was appointed the official newscaster for the news coverage of the Olympic Games in Beijing on NTV. For his work as an actor, singer and newscaster, Sakurai became one of the recipients of GQ ... more on Wikipedia

Sho Sakurai is also found on...