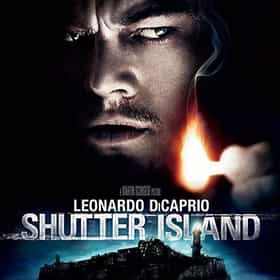 Shutter Island is a 2010 American psychological thriller film directed by Martin Scorsese. The film is based on Dennis Lehane's 2003 novel of the same name. Production started in March 2008. Leonardo DiCaprio stars as U.S. Marshal Edward "Teddy" Daniels, who is investigating a psychiatric facility on Shutter Island. Positively cited by movie reviewers, the film grossed over $128 million in its initial domestic theater release, as well as an additional $166 million internationally. Shutter Island was originally slated to be released on October 2, 2009, but Paramount Pictures pushed the release date to February 19, 2010. In August 2014, Paramount Television and HBO were ... more on Wikipedia

What to Watch If You Love Shutter Island 224 votes Wondering what to watch after Shutter Island? The mysterious, Hitchcock-inspired neo-noir thriller captivated audiences the ...

Shutter Island is ranked on...

Shutter Island is also found on...