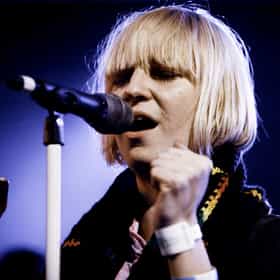 Sia Kate Isobelle Furler ( SEE-ə; born 18 December 1975) is an Australian singer, songwriter and music video director. She started her career as a singer in the acid jazz band Crisp in the mid-1990s in Adelaide. In 1997, when Crisp disbanded, she released her debut studio album titled OnlySee in Australia. She moved to London, England, and provided lead vocals for the British duo Zero 7. In 2000, Sia released her second studio album, Healing Is Difficult, on the Columbia label the following year, and her third studio album, Colour the Small One, in 2004, but all of these struggled to connect with a mainstream audience. Sia relocated to New York City in 2005 and toured in the United ... more on Wikipedia

The Best Songs Ft. Sia 1.3k votes These are the best songs featuring Sia. As a solo artist, Sia has won awards (Echo Music Prize for International Female Arti...
The Best Sia Furler Albums of All Time 838 votes Sia is one of Australia's great female singers and songwriters, getting her start in the 90s group Crisp before going on to ...

Sia Furler is ranked on...

Sia Furler is also found on...