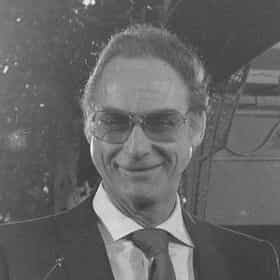 Isaac Sidney Caesar (September 8, 1922 – February 12, 2014) was an American comic actor and writer, best known for two pioneering 1950s live television series: Your Show of Shows, which was a 90-minute weekly show watched by 60 million people, and its successor, Caesar's Hour, both of which influenced later generations of comedians. Your Show of Shows and its cast received seven Emmy nominations between the years 1953 and 1954 and tallied two wins. He also acted in movies; he played Coach Calhoun in Grease (1978) and its sequel Grease 2 (1982) and appeared in the films It's a Mad, Mad, Mad, Mad World (1963), Silent Movie (1976), History of the World, Part I (1981), Cannonball Run II ... more on Wikipedia

Sid Caesar is ranked on...

#149 of 408 People who voted for Sid Caesar... People over 50 are 2x more likely to vote for this also upvote James Bond Franchise on Every James Bond Movie, Ranked Best to Worst The Funniest Stand Up Comedians Of All Time 1M VOTES A ranked list of the best stand up comedians in the history of the art form. First and foremost, all of the people on this l...
#58 of 106 The Most Original Comedians 45k VOTES Picking the top original comedians may start a bar fight but it's time to weigh in. What is the criteria for choosing some o...
#12 of 185 Celebrity Death Pool 2014 31.5k VOTES Celebrity death pool 2014: Here's a complete list of celebrities who just might die in 2014. Every year we lose more and mor...
Celebrities Who Were In The Military 7.7M VIEWS The many celebrities who were in the military signed up to make the ultimate sacrifice for their countries. Through the year...
The Locations of All Hollywood Walk of Fame Stars 419.2k VIEWS A list of stars on the Hollywood Walk of Fame, with photos. This list includes all television and movie stars. Acquiring a s...
Celebrities Who Died in 2014 2.2M VIEWS This list of celebrity deaths in 2014 is an official watch list of celebrities who died in 2014. Which famous celebrities di...
#19 of 153 The Best People Who Hosted SNL In The '80s 1k VOTES The 1980s started out rough for Saturday Night Live, but they rode the decade through and celebrated their 15th anniversary ...
Famous People Named Sid 5.3k VIEWS Who knew there were so many famous people named Sid in the world? Our list of celebrities named Sid includes pictures and in...
Famous Saxophonists 11k VIEWS A List of Famous Saxophonists with photos! These are musicians who are masters of their craft. While it is often the singers...

Sid Caesar is also found on...