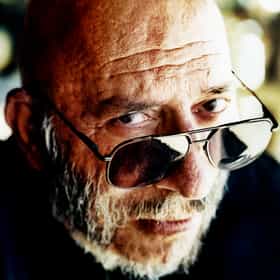 Sid Haig (born Sidney Eddy Mosesian, July 14, 1939) is an American actor, film producer, and musician. His roles have included acting in Jack Hill's blaxploitation films of the 1970s as well as his role as Captain Spaulding in Rob Zombie's horror films House of 1000 Corpses and The Devil's Rejects. He had a leading role on the television series Jason of Star Command, as the villain Dragos. He has appeared in many television programs including Batman, Star Trek, Mission: Impossible, Gunsmoke, The Rockford Files, Electra Woman and Dyna Girl, Buck Rogers in the 25th Century, Get Smart, Fantasy Island, Sledge Hammer!, The A-Team, The Fall Guy, The Dukes of Hazzard and MacGyver. ... more on Wikipedia

Sid Haig is ranked on...

Celebrities Who Died In 2019 142.1k VIEWS UPDATED: Read about the celebrities who died in 2020.  Nobody likes to be surprised by learning about a beloved celeb...
Famous People Named Sid 5.3k VIEWS Who knew there were so many famous people named Sid in the world? Our list of celebrities named Sid includes pictures and in...

Sid Haig is also found on...