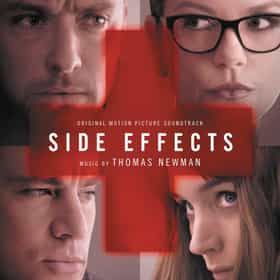 Side Effects is a 2013 American psychological thriller film directed by Steven Soderbergh from a screenplay written by Scott Z. Burns. The film stars Jude Law, Rooney Mara, Catherine Zeta-Jones, and Channing Tatum. The film concerns the ramifications of an event following a young woman being prescribed antidepressant drugs, in particular the fictional new drug Ablixa. To promote the movie, a website for Ablixa was created, and Jude Law answered questions by email. Side Effects was released in the United States on February 8, 2013. ... more on Wikipedia

Side Effects is ranked on...