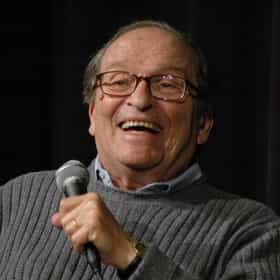 Sidney Arthur Lumet ( loo-MET; June 25, 1924 – April 9, 2011) was an American director, producer, and screenwriter with over 50 films to his credit. He was nominated five times for the Academy Award: four for Best Director for 12 Angry Men (1957), Dog Day Afternoon (1975), Network (1976), and The Verdict (1982) and one for Best Adapted Screenplay for Prince of the City (1981). He did not win an individual Academy Award, but did receive an Academy Honorary Award, and 14 of his films were nominated for Oscars, including Network, which was nominated for ten and won four. According to The Encyclopedia of Hollywood Lumet was one of the most prolific filmmakers of the modern era, directing ... more on Wikipedia

Sidney Lumet is ranked on...

#903 of 1,472 The Greatest Minds of All Time 741k VOTES List of the Greatest Minds of All Time, throughout history. This list represents the most influential thinkers across variou...
#56 of 139 The Greatest Auteurs in Film History 13k VOTES An auteur is a filmmaker or director whose personal, individual production style and creative flare gives his or her films a...
#4 of 40 The Greatest Directors of the 1970s 2.1k VOTES List of the top directors of the '70s. The 1970s were filled with absurd styles and monumental changes in movies, as some of...
#18 of 30 When Did the Globes Get It Right and Oscars Get It Wrong? 9.3k VOTES The Golden Globes and the Academy Awards are two of the highest honors any production or people working in showbiz can win. ...
And The (Honorary) Academy Award Goes To ... 316 VIEWS All honorary Oscar recipients have achieved the ultimate recognition in Hollywood. From the first ceremony in 1929, the Acad...

Sidney Lumet is also found on...