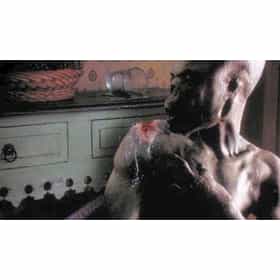 Signs is a 2002 American science fiction thriller film written and directed by M. Night Shyamalan. Executive producers for the film comprised Shyamalan, Frank Marshall, Kathleen Kennedy and Sam Mercer. On August 2, 2002, the original motion picture soundtrack, which was composed by James Newton Howard, was released by the Hollywood Records label. A joint collective effort to commit to the film's production was made by Touchstone Pictures, Blinding Edge Pictures, and the Kennedy/Marshall Company. It was commercially distributed by Buena Vista Pictures theatrically, and by Touchstone Home Entertainment in home media format. The story focuses on a former Episcopal priest named Graham Hess ... more on Wikipedia

The Best 'Signs' Quotes 65 votes The best Signs quotes make you realize how great the movie really is, even if you haven't seen it in a while. Let's rank the...

Signs is ranked on...

Signs is also found on...