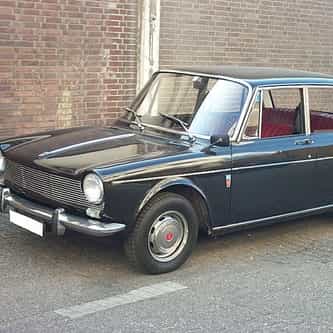 Simca 1300 and Simca 1500 were large family cars manufactured by the French automaker Simca in its Poissy factory from 1963 to 1966, and between 1966 and 1975 in revamped versions, as Simca 1301 and Simca 1501. They were essentially versions of the same car, fitted with either a 1.3 L or 1.5 L engine, hence the model names. Apart from different engines and differences in standard equipment, the models were for the most part identical, bar some styling details such as grille or bumpers. ... more on Wikipedia