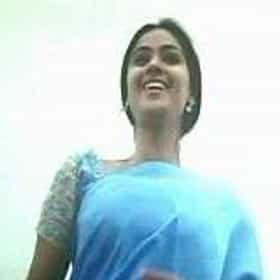 Simran Bagga (born Rishibhala Naval; 4 April 1976), also known by the mononym Simran, is an Indian film actress, Producer and Television personality. She has predominantly appeared in Tamil and Telugu language films, as well as a few films in Hindi, Malayalam and Kannada. Simran was born in Mumbai and spent most of her childhood there. Although Simran initially aspired to become a fashion designer, she accepted offers to join the Indian film industry, which came as a result of her fame as an anchor in the show Superhit Muqabla, making her Bollywood debut in Sanam Harjai (1995). Having acted in a few Hindi films, she later achieved her first success with Tere Mere Sapne (1996) alongside ... more on Wikipedia

Simran is ranked on...

Simran is also found on...