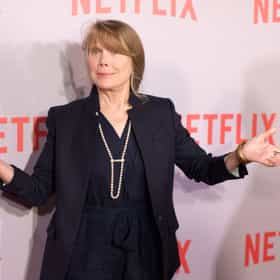 Mary Elizabeth "Sissy" Spacek (; born December 25, 1949) is an American actress and singer. She is the recipient of various accolades including an Academy Award, three Golden Globe Awards, two Critics' Choice Movie Awards, a Screen Actors Guild Award, and nominations for four BAFTA Awards, three Primetime Emmy Awards, and a Grammy Award. She has also received a star on the Hollywood Walk of Fame. Born and raised in Texas, Spacek initially aspired a career as a singer. In 1968, using the name "Rainbo". she recorded a single, "John, You've Gone Too Far This Time". Sales of her music sputtered, however, and she was dropped from her record label. She ... more on Wikipedia

Sissy Spacek is ranked on...

Sissy Spacek is also found on...