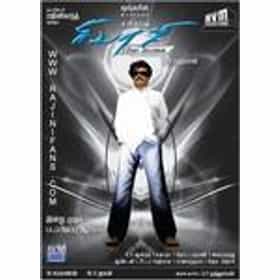 Sivaji is a 2007 Indian Tamil action film directed by S. Shankar and produced by AVM Productions. Rajinikanth and Shriya Saran play the lead roles, with Suman, Vivek and Raghuvaran playing other significant roles in the film. A. R. Rahman composed the soundtrack and background music, while Thotta Tharani and K. V. Anand were the film's art director and cinematographer respectively. The film revolves around a well-established software systems architect, Sivaji, who returns home to India after finishing work in the United States. ... more on Wikipedia

Sivaji is ranked on...

Sivaji is also found on...