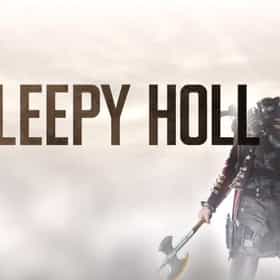 Sleepy Hollow is an American supernatural drama television series that premiered on Fox on September 16, 2013, that aired on Mondays at 9:00 pm ET. The series is considered a "modern-day adaptation" of the 1820 Halloween short story "The Legend of Sleepy Hollow" by Washington Irving with the added concept from Rip Van Winkle, also by Irving. On March 18th 2015, Sleepy Hollow was renewed for an 18-episode third season by Fox with new showrunner, Clifton Campbell, taking over. ... more on Wikipedia

Sleepy Hollow is ranked on...