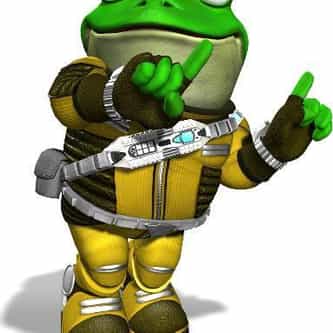 Slippy Toad is a player character in the Star Fox series of video games published by Nintendo. He was created by Shigeru Miyamoto along with Takaya Imamura, who also designed the character, and was based on the assistant director of the original Star Fox game. Slippy acts as the inventor and mechanic of Star Fox Team as well as the sidekick to Fox McCloud and Falco Lombardi. Slippy first appeared in the 1993 game Star Fox. Since then, he has appeared in multiple Star Fox games. Reception ... more on Wikipedia

Slippy Toad IS LISTED ON