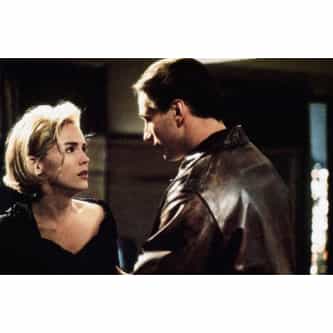 Sliver is a 1993 thriller film based on the Ira Levin novel of the same name about the mysterious occurrences in a privately owned New York high-rise apartment building. Phillip Noyce directed the film, from a screenplay by Joe Eszterhas. Because of a major battle with the MPAA, the filmmakers were forced to make extensive reshoots before release. These reshoots actually necessitated changing the killer's identity. The film stars Sharon Stone, William Baldwin and Tom Berenger. ... more on Wikipedia

Sliver IS LISTED ON