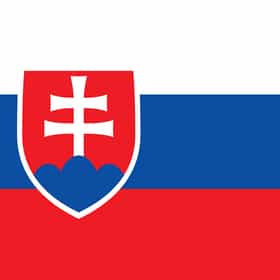 Slovakia is a country in Central Europe. It has a population of over five million and an area of about 49,000 square kilometres. Slovakia is bordered by the Czech Republic and Austria to the west, Poland to the north, Ukraine to the east and Hungary to the south. The largest city is the capital, Bratislava. Slovakia is a member of the European Union, Eurozone, Schengen Area, NATO, the United Nations, the OECD and the WTO. The official language is Slovak, a member of the Slavic language family. The Slavs arrived in the territory of present-day Slovakia in the 5th and 6th centuries. In the 7th century, they played a significant role in the creation of Samo's Empire and in the 9th century ... more on Wikipedia

Slovakia is ranked on...

Slovakia is also found on...