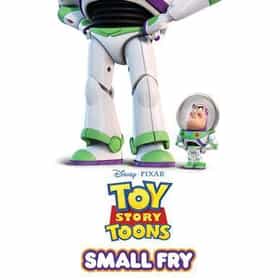 Toy Story Toons: Small Fry is a 2011 Pixar computer animated short directed by Angus MacLane. It premiered with the theatrical release of The Muppets on November 23, 2011. Small Fry is the second short in the Toy Story Toons series, based on the characters from the Toy Story feature films. The short involves Buzz getting trapped at a fast food restaurant, where there is a support group for discarded kids' meal toys from over the years, with a kids' meal toy version of Buzz taking his place. ... more on Wikipedia

Small Fry is ranked on...

Small Fry is also found on...