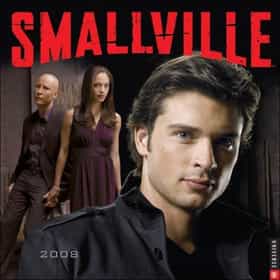 Smallville is an American television series developed by writer-producers Alfred Gough and Miles Millar, based on the DC Comics character Superman created by Jerry Siegel and Joe Shuster. The series, initially broadcast by The WB, premiered on October 16, 2001. After Smallville '​s fifth season, The WB and UPN merged to form The CW, the series' later United States broadcaster. Smallville, which ended its tenth and final season on May 13, 2011, follows Clark Kent in the fictional town of Smallville, Kansas, before he becomes known as Superman. The first four seasons focus on Clark and his friends in high school. After season five Smallville ventures into adult settings, eventually ... more on Wikipedia

The Cast Of 'Smallville' - Where Are They Now? 20.3k views From its initial airing in 2001 until the show’s finale on May 13, 2011, Smallville was considered one of the best sci-fi sh...
The Best Smallville Episodes 4k votes List of the best Smallville episodes, as determined by voters like you. With all the amazing episodes of the show that exist...
31 Things You Never Knew About Smallville 290.8k views Comic books, superheroes, and their story lines are more prominent in the media than ever before, first taking the silver sc...
The Best Seasons of 'Smallville' 4k votes It's a man, it's a plane, it's a ranking of the best seasons of Smallville, listed from best to worst with poster images whe...

Smallville is ranked on...

Smallville is also found on...