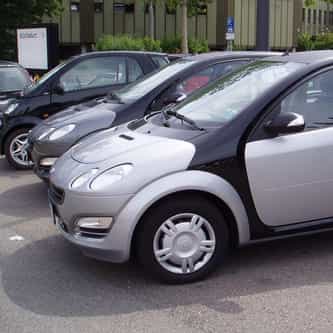 The Smart Forfour is a supermini car produced by the Smart division of the German manufacturer Daimler AG over two generations. The first generation Forfour was marketed only in Europe from 2004-2006 and in Australia as a five-seat, five-door hatchback sharing its platform with the Mitsubishi Colt. After an eight year hiatus, the second generation Forfour debuted in July 2014, sharing its platform with the forthcoming third generation Renault Twingo. ... more on Wikipedia

Smart Forfour IS LISTED ON