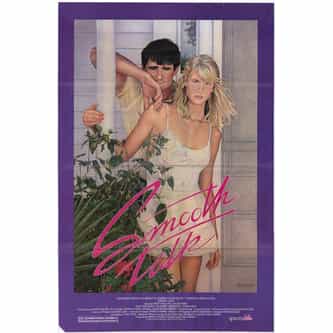 Smooth Talk is a 1985 drama film, loosely based on Joyce Carol Oates' 1966 short story Where Are You Going, Where Have You Been?, which was in turn inspired by the Tucson murders committed by Charles Schmid. The protagonist and main character, Connie Wyatt, is played by Laura Dern. The antagonist, Arnold Friend, is played by Treat Williams. The film was produced by American Playhouse and Goldcrest Films, and originally released to movie theaters in 1985. The original music score was ... more on Wikipedia

Smooth Talk IS LISTED ON