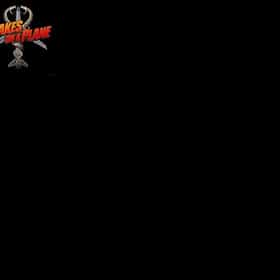 Snakes on a Plane

Snakes on a Plane is a 2006 American action thriller film directed by David R. Ellis and starring Samuel L. Jackson. It was released by New Line Cinema on August 18, 2006, in North America. The film was written by David Dalessandro, John Heffernan, and Sheldon Turner and follows the events of hundreds of snakes being released on a passenger plane in an attempt to take out a trial witness. The film gained a considerable amount of attention before its release, forming large fanbases online and becoming an Internet phenomenon, due to the film's title, casting, and premise. ... more on Wikipedia

Snakes on a Plane is ranked on...

Snakes on a Plane is also found on...